Virtually every industry has been changed by technology in recent years. In the hospitality industry, however, the utility of automation has its limits.

Virtually every industry has been changed by technology in recent years, and at ALICE we know that hotels are no exception. The GMs we spoke with generally felt that certain new forms of automation have been helpful, especially if they reduce operation costs. However, there’s still much room for improvement, and many cases where automation seems inappropriate or even self-defeating.

For a number of these GMs, the major appeal of automation is its ability to improve integration of task management. For example, one of these GMs, Sardor Umarov, General Manager of the Exchange Suites in downtown Memphis, Tennessee, wishes for a connection between Slack and ALICE: “So right now we have a task management program to handle tickets for certain staff members, but if we could create that connection so that whenever I create a task through Slack it goes straight into ALICE.” He made a similar comment about OpenTable’s app, noting how helpful it would be if concierges could have the reservation process streamlined through ALICE.

(Some GMs, meanwhile, enthuse that ALICE can replace Slack outright for all internal communication. A manager at Hotel Zephyr in San Francisco recently told us, “We are giving up on Slack. We now use ALICE for everything. I seriously couldn't do my job without it.”)

Michael Hillier, General Manager of The Renwick in New York City, another of the hoteliers we spoke with, has focused on automating the interaction between guests and staff, beginning with an automated answering system for the main phone line of the hotel. He told us, “This increases the productivity of the service that our front desk provides to our guests.” He also envisioned automation of the interfaces of the hotel’s property management system, such as reservation interfaces from online travel agencies. Michael continued, “Nowadays, there’s basically no need for a true reservationist on site. We send all of our reservation related calls to a call center called World Hotels down in Tampa, which is probably 60% of the calls we get.” 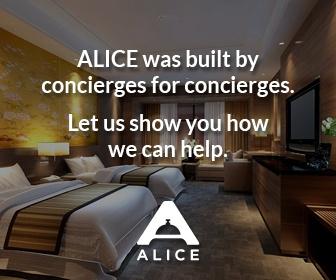 Automation can be also be applied to a hotel’s basic functioning–sometimes, for better or worse. For example, one GM pointed out that automatic lighting–meant to be a convenience for guests–can seriously backfire. He told us that “the technology that tells you when someone walks out is not where it's supposed to be. Sometimes a guest will be quietly working in their room and the lights will go out and piss them off.” He referred to this situation as “a horrible way that automation happens in rooms.” In cases such as this, technology intended to improve operational efficiency, or comfort of guests, has truly undesirable consequences.

While automation of lighting and similar hotel functioning may yield mixed results, when it comes to service, generally automation cannot be implemented. Among the hoteliers we spoke with, interaction with guests was cited as the primary service that must be performed by human beings. As one hotelier put it, “Human touch is something that people are looking for when they stay with us.” Michael expressed the same sentiment when he told us, “Hospitality, in general, can’t be automated. Yotel tried it and failed.”

According to Michael, the experience of guests hinges upon the management’s ability to cultivate a true “culture of service” among hotel staff. He told us about the importance of being able “to make somebody leave your hotel with the feeling that it was a really fantastic experience. It’s not just how the hotel looks, it’s about the experience from the moment you make your reservation to the next time you book at the hotel.” According to Michael, you can achieve this result by ensuring that your staff is “living and breathing the culture that you aspire to create.” Of course, machines neither live nor breathe: they are not responsive in the way humans are, and can't provide the same level of service.

Not only are machines unable to contribute to a culture of service in the hotel, but exceptional interactions with guests require human sensitivity. As one hotelier told us, “People talk about the Golden rule, ‘Do unto others as you would like done onto you,’ but I don’t think that’s right. The rule I teach my staff is the Platinum rule, ‘Do unto others as they would like done unto them.’ It’s no longer about what you think is right, it’s what they want done to them. And to figure that out, it takes a very hard skill, which is listening.” Interacting with guests according to the Platinum rule requires intuitive responsiveness, a skill impossible for a machine to perform. Human beings alone are capable of such communication, as well as the ability to perceive any underlying biases that could be affecting an interaction with a particular guest. As the same GM notes, “You might think you’re being hospitable, but there are culture and regional biases that might make you come off as rude.”

“People talk about the Golden rule, ‘Do unto others as you would like done onto you,’ but I don’t think that’s right. The rule I teach my staff is the Platinum rule, ‘Do unto others as they would like done unto them.’ It’s no longer about what you think is right, it’s what they want done to them. And to figure that out, it takes a very hard skill, which is listening.”

Despite its shortcomings, automation can be useful in offering options to guests with diverse preferences. On the subject of guests checking-in or out with a machine, one hotelier notes, “It should be an option but not the only option. When I go to CVS and I see that my only option is to check out via a robot, I walk out the door. Nothing makes me more upset.” For him, automation can play a role, but offering face-to-face service is essential. He went on to point out that due to “the fragmentation of different types of travelers, each type has different needs and ways of interaction with staff.” The key is to provide options in order to accommodate everyone. Certain guests will appreciate a concierge in the lobby, but as the same GM notes, others “will turn to their favorite blog or Yelp over going down to the concierge.”

And it’s not just for delivering great service where humans are needed more than machines. Sardor wisely pointed out that automated services are unable to deal with unpredictable or difficult situations, saying, “a canned response” cannot address a crisis. Rather, it’s necessary “to have a human being standing by in the event that something goes incredibly wrong.”

In an age of increasing mechanization across industries, naturally many hotels are experimenting with automated services, and some have proven to be great successes. However, in the hospitality industry, the utility of automation has its limits. For the most part, a machine can’t independently carry out a hotel’s most basic function - to provide great service. 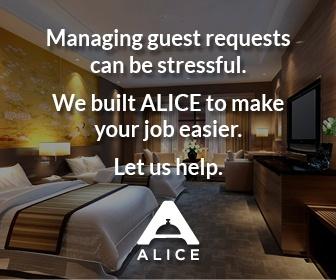