ALICE President and Co-Founder Alex Shashou has been selected for the Next Gen Leader Award by the Hospitality Media Group (HMG), which recognizes the brightest young leaders shaking up the hospitality industry. The award will be presented at this year’s HX: The Awards ceremony.


The “Next Gen Leader” is awarded to a young professional making a difference with at least five years of experience in the field. It celebrates a leader who thinks differently to contribute positively to the hospitality industry and consistently asks “why” and “why not” in order to spark conversation, inspire others, and reimagine what’s next.

Alex’s achievements and impact on the industry clearly demonstrate the imagination and inspiration of a next-gen leader. This award is a testimony to the positive contributions and innovation that Alex has brought not only to ALICE, but to the industry as a whole.

As ALICE President, Alex runs the company's brand, culture, and management teams. ALICE, the hospitality industry’s leading operations platform, was recently awarded Best Place to Work, Best Concierge Software, and a Top Staff Task Management & Collaboration Platform by Hotel Tech Report in 2018. Founded by Alex and his two co-founders, CEO Justin Effron and CTO Dmitry Koltunov, in 2013, ALICE has become one of the fastest growing companies in the hospitality technology space, having raised a total of $39M across three funding rounds with strategic investor Expedia and acquiring its largest competitor GoConcierge in 2017. ALICE has a team of over 100 globally-distributed employees and a customer base of over 2,000 hotels.

In 2016, Alex was awarded the HFTP President's Award, which recognizes a person who has made a significant contribution to the hospitality industry. Born and raised in London, Alex grew up in the hospitality industry, with his family operating 90 hotels across three hotel chains in the UK. He regularly speaks on technology and innovation in hospitality at conferences around the world. 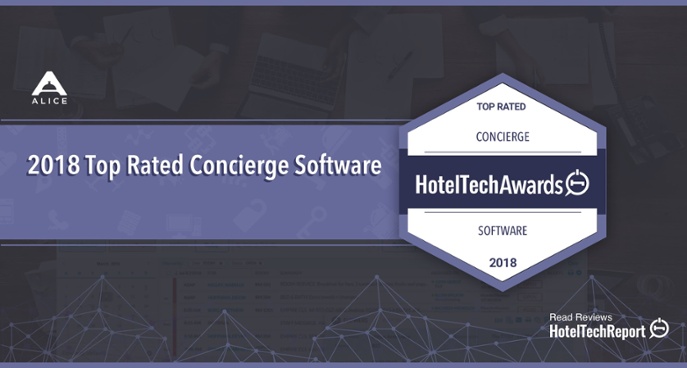